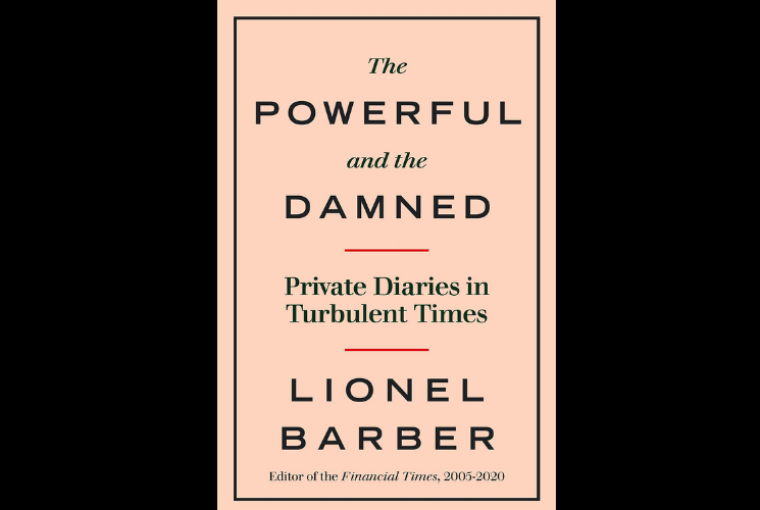 The Powerful and the Damned, by one of the most influential media editors of contemporary journalism

In his first book after leaving the top Financial Time’s editorial position, which he held between 2005 and January this year, Brit journalist Lionel Barber provides a behind-the-scenes history of one of the most influential and award-winning newspapers in the world. He was Editor of the Financial Times for the tech boom, the global financial crisis, the rise of China and Brexit, to name a few.

The Powerful and the Damned can be read from a different perspectives.

For those interested in economics and economic journalism, it is an opportunity to revisit transformative episodes in the last 15 years and observe how they were treated by the Financial Times, outside and inside the newspaper.

Learning how a newsroom whose decisions can shake markets and destroy (or enthronement) corporations and personalities operates is another perspective. Barber tells in his book passages about the FT’s daily life that show how things really happened inside. Or, at least, the part of the truth he wanted to tell

But what is perhaps the most interesting aspect of the book is the fact that it exposes the relationship of a powerful journalist with political leaders, businessmen and bankers. In the presentation, Barber says:

‘As FT editor, I was a privileged interlocutor to people in power around the world, each offering unique insights into high-level decision-making and political calculation, often in moments of crisis. These diaries offer snapshots of leadership in an age of upheaval…’

He describers the book as ” unparalleled, no-holds-barred diary of life behind the headlines,  revealing the private meetings and exchanges with political leaders on the eve of referendums, the conversations with billionaire bankers facing economic meltdown, exchanges with Silicon Valley tech gurus and pleas from foreign emissaries desperate for inside knowledge, all against the backdrop of a wildly shifting media landscape”.

“The result is a fascinating – and at times scathing – portrait of power in our modern age; who has it, what it takes and what drives the men and women with the world at their feet. Featuring close encounters with Trump, Cameron, Blair, Putin, Merkel and Mohammed Bin Salman and many more, this is a rare portrait of the people who continue to shape our world and who quite literally, make the news”.

Barber left FT and was replaced by his deputy, Rouhla Khalaf, who became the first woman to head the newspaper.  It was quite expected that FT’s review would be sympathetic.

It was written by journalist Bill Emmot (behind paywall), former editor The Economist between 1993 and 2006. And who also ends up talking about his own experience.

He starts by highlighting the glamor of a journalist’s life, occupying one of the most enviable career positions, with a hint of  self-reference:

There aren’t really any other jobs like it. For to pick out “a day in the life” of the editor of the modern Financial Times, as at The Economist, is virtually impossible, since the chosen day could be spent almost anywhere in the world, and its features are the stuff of serendipity, apart, of course, from the helpfully regular rhythm of putting out a publication. You never know who you might meet or what events or trends you might need to think about. Which is the pleasure, the privilege and the challenge, rolled into one.

He reminds the burden of being editor with such responsibility, and shared thoughts on his own experience:

At one level, I used to think of editing The Economist as like chairing a constantly changing seminar, listening to and trying to guide extremely talented journalists whose job, like that of spies, is to know what is going on, why, and where it might be leading. At another level, though, it is like being pulled in multiple directions at once, as you try to make decisions about the interests of readers in San Francisco, Seoul and Berlin, or about the relative importance of telecoms and terrorism, all while having your ear bent by the powerful, the needy and the aggrieved, the latter often accompanied by lawyers.

Perhaps to stay away from controversy, the former editor highlighted mainly what the books says teaches about the FT’s successful business model:

That story is above all one of the broadening and strengthening of the FT as the media business passed through its own turbulent times. Newspapers were being upended by the internet, while the FT needed to pick itself up after a sticky, even stagnant, patch in the early 2000s.

Barber did so by investing in rigour and quality, and by grasping the opportunity that digitalisation provided to move from a print-first to a digital-first service, enabling his commercial colleagues to re-engineer the business away from one relying on advertising to one driven by subscriptions.

No previous FT editor would have published memoirs featuring working visits to places as varied as Rwanda, Myanmar, Japan and Brazil, nor encounters with business people as diverse as Philip Green, Masayoshi Son and Huawei’s Ren Zhengfei. For although the pre-Barber FT was printed around the world, it was not truly global in readership or mentality. Now it is.

He mentions the”series of magnificent achievements of investigative journalism, notably the exposure of the “Presidents Club” charity dinner in London, where sexual harassment was rife, and, most recently, of the vast accounting fraud at the German payments company Wirecard”, and states:

“As Barber clearly understood, to do so effectively a publication needs first to build and maintain a reputation for quality, reliability and independence, along with a sound business model, for that earns it the chance to take risks with its journalists’ time and the paper’s reputation.

Finn O’Toole: “Cosying up to power?

Not everyone loved the book. Or what the episodes it reveals. 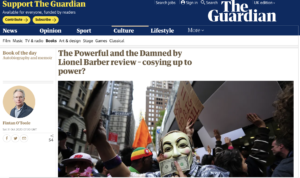 begins by addressing the list of dramatis personae, almost all of them male.  And the fact that players are broken down into their categories: politics, business and finance, royalty, journalism and diplomacy.

“The heart sinks – if journalism sits so easily in such a cast list, how can it do its job of comforting the afflicted and afflicting the comfortable?
He also raised question on how Barber described his meeting with leaders:

When, in the preface, Barber writes of being “granted audiences with royalty such as Prince Charles, Prince Andrew and Mohammed bin Salman”, the sinking heart becomes the creeping flesh. The idea of an editor being “granted an audience” is bad enough. When one of those gracious enough to allow him into his presence is an alleged killer and another pals around with a convicted sex offender, it threatens to put the sick into sycophancy.

He classified the book as “an advertisement for himself, not so interesting in the first 100 pages”.

Then highlights some episodes related to the relationship with powerful people:

“There are some telling vignettes. In 2008, after the FT has revealed that Dubai is bankrupt and is being bailed out by Abu Dhabi, Prince Andrew calls Barber to lean on him. The dialogue is a tiny masterpiece in which Pinteresque menace is undercut by Coco the Clownish idiocy. HRH: “Your man in Dubai, Simon Carr, is causing a lot of trouble.” LB: “You mean Simeon Kerr.” HRH: “Yes, Simon Kerr … Look I’m just passing on a message. Your man is causing a lot of problems.”

O’Toole has a strong opinion on the difficulties of being in such a position:

“The drama inherent in Barber’s position lies in the irresolvable tension between closeness to power and journalistic objectivity. Capitalism, as practised for most of Barber’s tenure at the head of its house journal, is an exclusive game, a system run by and for a tiny elite. He does not disguise his notion of his mission as editor of the FT: to become as intimate as possible with – as he also repeatedly calls them – the “power players”. But he is also an excellent journalist, committed to serious and independent reporting”.

In O’Toole’s opinion, the outcome of the tension between the need to suck up to the very rich and the imperative to expose their depredations was that Barber’s FT movie had great closeups and very blurry wide shots. Shocking individual exposés did not lead to sufficient scrutiny of the big picture.

Gradually, he writes, Barber acknowledges all the things he did not see: “Failing to appreciate popular disenchantment with authority in the wake of the financial crisis”; “We could have better flagged the risks when HBOS and Northern Rock made their dash for growth in the credit boom”. “Maybe we were too close to the top people in the City and on Wall Street”; “We were slow to understand and report on the level of tax arbitrage among footloose multinationals”; “We should have debated more thoroughly the costs of austerity”.

His remarks are related to the role of journalism and power in today’s society:

That’s quite a lot to miss. It happened, not because Barber or the fine journalists who worked for him were stupid, but because there is a tacit contract at work. If you want to be intimate with the power players, you can reveal some of their dirty secrets. What you must not reveal is what is actually not a secret at all: that the world they have created is neither sustainable nor compatible with liberal democracy.

Certainly yes. It is not every day that we have the chance of exploring how such an influential newsroom operates from the inside.  9

Lionel Barber’s seems at times somewhat dazzled by a glamorous life that few journalists have the chance to live.  Nevertheless, The Powerful and the Damned provides an interesting view on the practice of economic journalism.

And on how sensible the relationship between journalists and powerful can be a challenging issue not only for top editors like him, but to all media professionals.

The book can be found in Amazon, 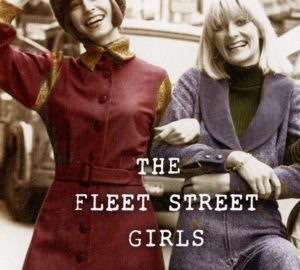 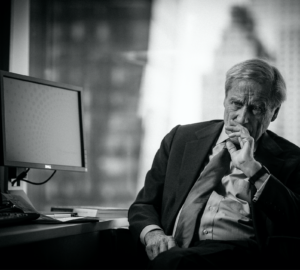