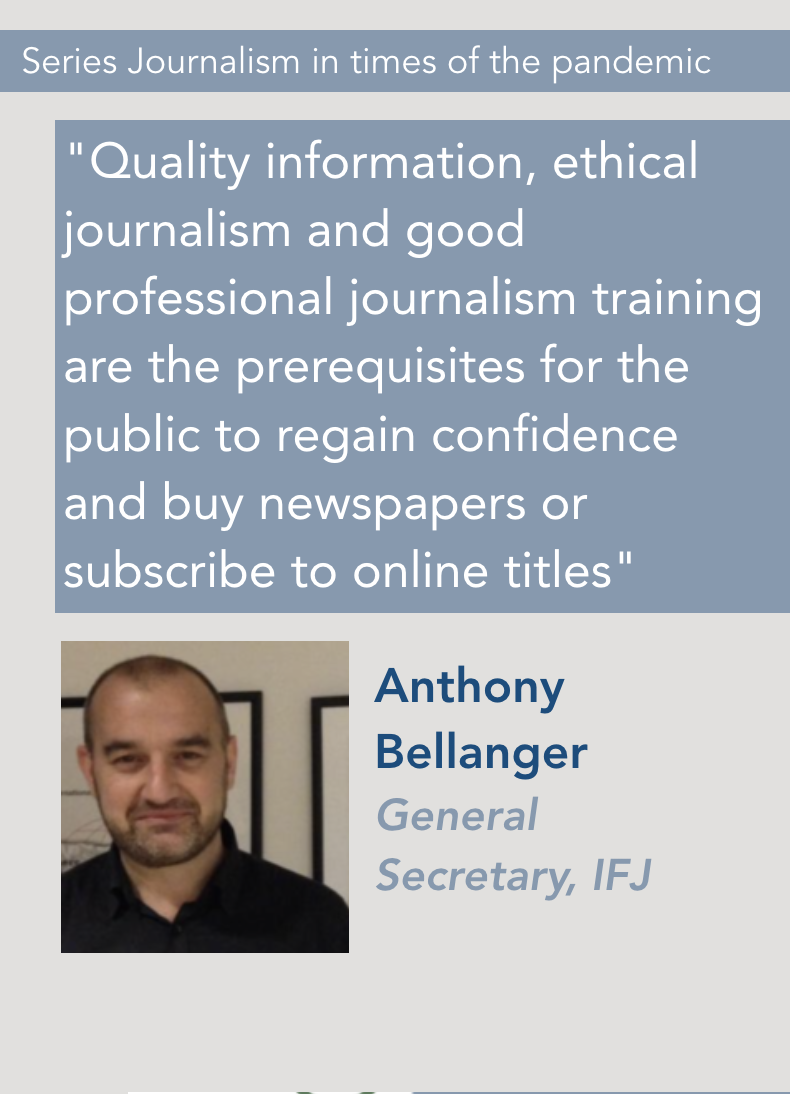 Anthony Bellanger is a  french journalist, historian and syndicalist. Since 2015, he is the Secretary General of the International Federation of Journalists (IFJ), the profession’s leading global organisation that represents more than 600,000 journalists in 146 countries around the world.

In this interview he spoke about the challenges faced by journalists and journalism in light of the coronavirus pandemic.

Are there already signs of recovery given the gains in audience and trust by the press?

Unfortunately, I don’t see any good signs of recovery because many freelance journalists have been out of work since March and others have lost their jobs. It is very difficult to count the number of jobs lost – we are in the process of doing so with our affiliates around the world – but several tens of thousands of fewer jobs is very realistic.

Could the higher levels of trust have an impact on the business, by engaging more audience and convince them to pay for news?

Within the IFJ, we believe that quality information, ethical journalism and good professional journalism training are the prerequisites for the public to regain confidence and buy newspapers or subscribe to online titles.

What can we expect for the coming months in terms of jobs losses? Tough times ahead?

Absolutely. The next ones are going to be terrible for journalists and media workers. An unprecedented crisis is expected.

Freelancers were more affected by the pandemic. How these professionals could be protected by media organisations and by governments?

There are a few countries that have immediately taken measures to protect freelance journalists such as France, Belgium, Germany, Denmark, Northern European countries and so on. But unfortunately, there are too few of them.

How did the pandemic affect mental health of journalists?

The IFJ published a major global survey last June, and many journalists told us that they faced serious mental difficulties in continuing their work, in poor material conditions, sometimes without pay. And I am not talking about the personal and family problems that this crisis has created.

Are media organisations are doing enough to support those affected by mental health issues?

This is clearly the responsibility of the employer. In large media companies, in general, there are from time to time services dedicated to the mental health of journalists, such as the BBC, France Télévisions etc. And especially for journalists returning from war zones. The IFJ also works with the International Committee of the Red Cross to ensure that journalists in difficulty are also supported.

Some journalists are already back to the newsrooms, while others continue working from home. Is there any recommendation from IFJ in this regard?

From a global point of view, the basic safety rules for working properly are recalled. Each country today has promoted its own national rules. If there is work at home, the IFJ says that everything must be clearly written down in a collective agreement: working time, workplace, working hours etc.

Some media outlets announced that will continue with most of the teams working from home for a long time – or forever – given it can contribute to reduce costs and – for some – increase productivity.  Is it a trend?

I believe that we can envisage new ways of working, but that everything must be absolutely precise beforehand. At the IFJ, we think that a small part of the teleworking week can be envisaged, but that the atmosphere in the editorial office remains essential for the emulation of collective work.

The pandemic aggravated threats to media freedom. Was the quality of coverage affected in countries where the situation is worse?

Absolutely. We clearly think that where violence in general against the press is high, the quality of information is lower because journalists censor themselves and cannot work freely. No one can live in a climate of threat.

Despite the attention gained by the issue of fake news during the pandemic, the situation does not seem to have improved . What else could be done to contain it?

The question of false news comes up as soon as there is a subject that allows it. It’s a classic! I only say again to the great conspirators that they get their information from the media where quality information has the right to be reported?

IFJ called on Governments to negotiate with media platforms to create a fund to support journalists. Can you elaborate on this plan?

Now is the right time to find a new business model for the press, as advertising is in free fall and newsstand sales for paper newspapers are desperate. If we want a democracy to survive, if we want the press to be free, we must give it the financial means to do so, either directly from public funds or through taxes on the Internet giants. These taxes must then be negotiated at the national level, between the different social partners, unions of journalists and media workers, employers and governments.

Business models for media organisations are being discussed in light of the effects of the pandemic on revenues (subscriptions, memberships, micropayment, donations, state support, charities’ support). Which one – or ones – do you think will succeed?

The one that seems to me the best, after the tax on the internet giants, is the cooperative system with readers as shareholders. There are examples everywhere and it works. A healthy and fair system.

Which are the main lessons learned from the pandemic?

These periods show more than ever that quality media is the only reliable source of information when everyone is talking nonsense on social networks and thinks they are experts in epidemiology… The American president himself understood very late (without saying so!) how much of an error of judgement he had made. 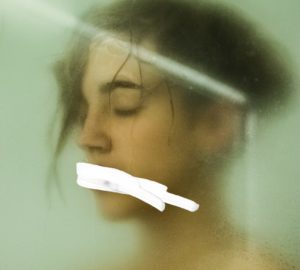 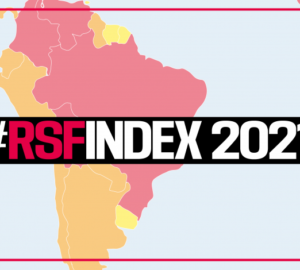 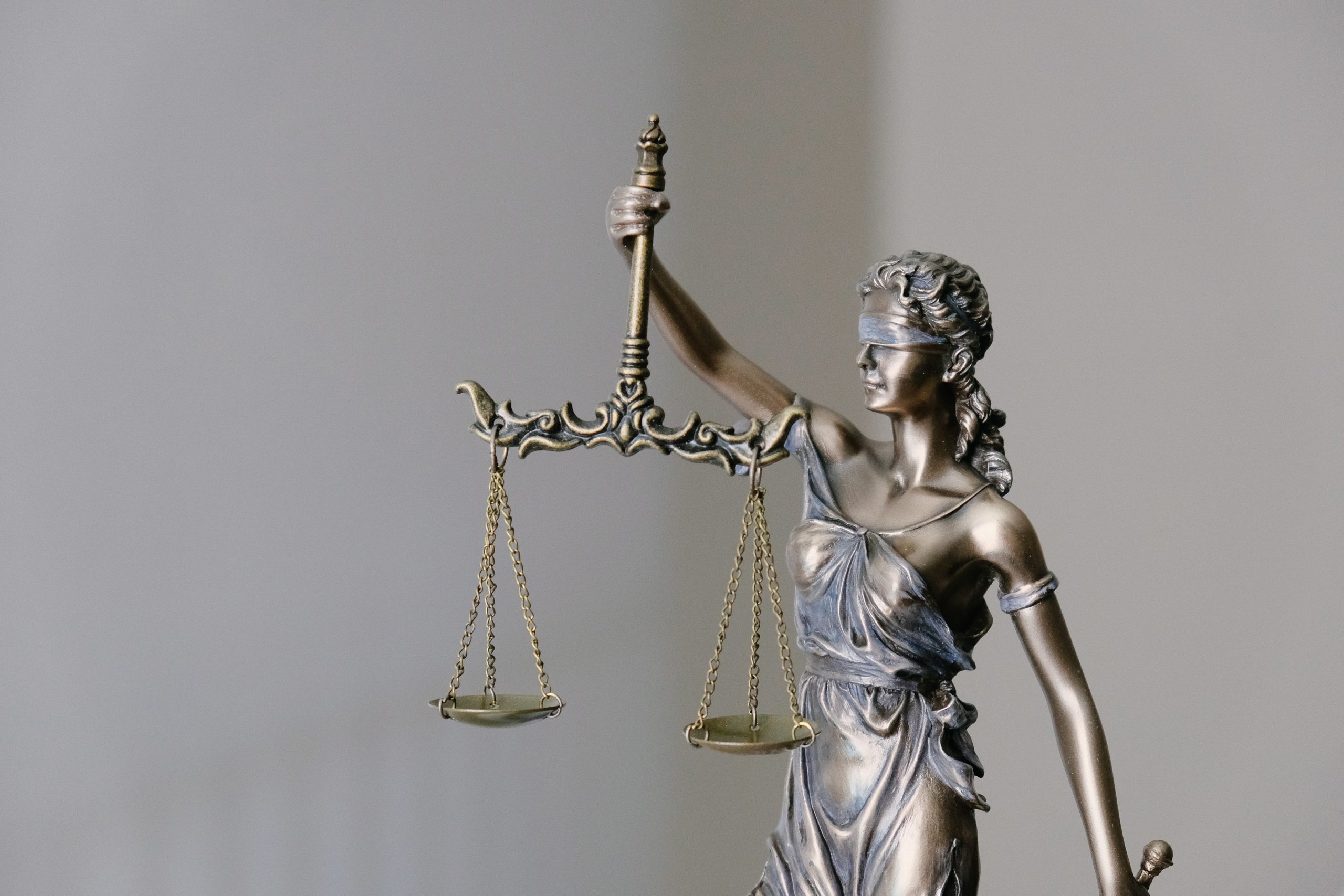